September has arrived, which means some teams are making a serious playoff push, and others are seeing what they have for next season. As such, there are plenty of bargains to be had when you’re filling out your daily fantasy baseball line-up at DraftKings.com. Before we get to the cost-effective selections we like for today, let’s take a quick look back at the players we tabbed for greatness on Wednesday. 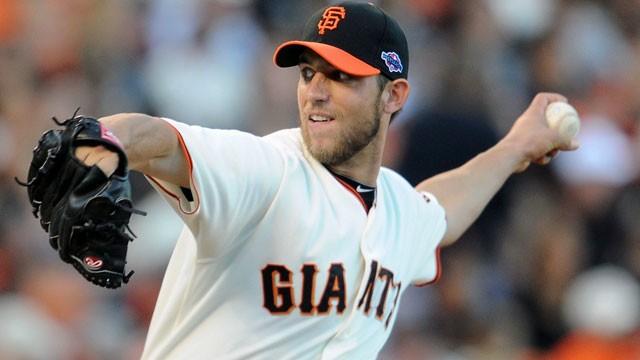 Bumgarner’s night started off so well, but a lack of run support didn’t help his confidence. He gave up two runs in 6.0 innings of action, but also struck out six. Unfortunately, the Giants are so far out of contention, they have no reason to push Bumgarner pass the sixth if his pitch count is up there.

Tillman had a disastrous outing on Tuesday, giving up four runs in 5.1 innings of action. He also struck out just three batters. Keep in mind this happened against the Cleveland Indians. Tillman’s given us plenty to worry about.

The Blue Jays started later in the day, and Goins didn’t get the start. That’s a recipe for disaster. Had he been in the lineup, his hot streak likely would’ve continued.

At just $2,700, Miller is almost always a steal, but yesterday that steal only earned two fantasy points. Better days are certainly ahead, but it comes down to picking the right night to start him.

Venable had just one hit on the night, but thankfully it was a double. The five points from that hit were the only points he would earn, but things could’ve certainly been worse.

Walker doesn’t have a long track record of success considering he just made his debut. And it was a strong one, as he shut down the Astros in five innings of work last week.

This guy has the potential to be hugely successful somewhere down the line, but we’d settle for a strong performance today against Kansas City. Something tells us that will happen.

Sure, we gave the pitcher opposing Perez a spot on this list, but it wouldn’t be the worst possible thing to play them both. Perez is swinging a hot bat in the past few weeks, and he’s incredibly cheap for how little we know about the pitcher he is up against.

Here’s another way to look at things: an earned run docks a pitcher two fantasy points, while a solo home run earns a hitter 14 fantasy points. That’s a net gain of 12 fantasy points if you have the hitter and the pitcher, and something tells us Perez may send one out this evening.

Green and the Angels are up against a struggling Jeremy Hellickson today, and we expect him to deliver a performance much better than his $2,000 salary calls for. Look for Green to get on base and score if/when Hellickson falters.

Zobrist has three hits in his last seven at-bats, and two of them went for extra bases, including a home run. He’s one of the most consistent bats in that Rays lineup, and we expect him to continue being a reliable fantasy option.

You’d have a hard time convincing me not to take a good, hard look at Machado when he’s under four grand. He’s been just okay over his last four games, singling in each one of them. Now, it seems he’s in for either a monster day or a total dud. We lean toward the former, and his salary is just too good to past up.