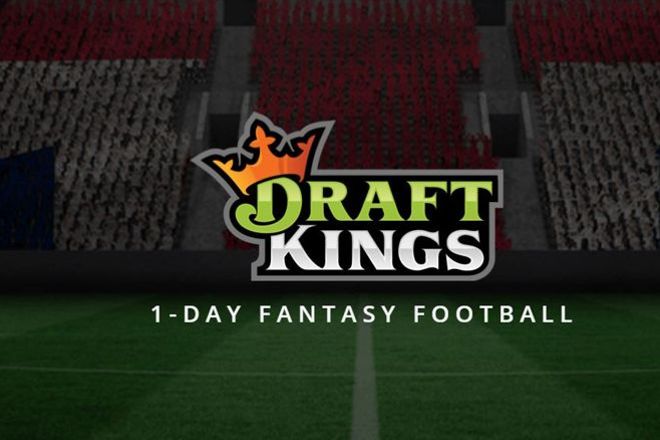 If you’re a football fan, you have probably played Football Manager, the seminal simulation of running a football club. But there are some things you can’t do on a game like Football Manager that you can on a game that takes place in real life, like DraftKings. We’ve got five compelling reasons why you should be playing DraftKings alongside managing a team in virtual reality.

One thing we can say for Sports Interactive, the creators of Football Manager, is that the developers consistently produce a game that, through its exhaustive database of player attributes and skills, plays and feels almost exactly like the real thing – or at least, how we imagine it would be, if we were real football managers.

The difference is, DraftKings IS real. The points you earn are for players’ performances in the heat of genuine battle in the Premier League, Champions League or Europa League, and so the results unfolding in front of you matter not only down the pub, but also in your leagues.

How your Football Manager team performs matters only in virtual reality; you don’t get the Champions League win bonus in real life, nor do you get the legend-status at your club which you deserve for the hours you put into coaching your team, except in the alternative universe in which the game exists.

Like I mentioned above, Football Manager millions won’t actually make you rich, not unless everyone in the Premier League decides it’s more fun to pick up a laptop rather than go out there on the pitch for real. Of course there’s a genuine thrill from winning a trophy on Football Manager, but if you win a DraftKings daily fantasy football league, you get more than a thrill – you get money, that you can spend.

The prizes vary from small winnings for your ten-player friends’ league right up to the mega jackpots available if you play and win in the leagues of thousands that take place every weekend on DraftKings. Whatever your experience level, there’s a league for you, and a prize you can win.

3. Updates are Constant and Timely

One of the slightly annoying things about Football Manager is that the game is released in November usually, meaning that three months of the football season have passed by the time you get your hands on your team, so you have to play catch-up to be at the same point in the season as your chosen team is in real life.

There are no such problems with a daily fantasy football game like DraftKings, which follows the season as it progresses, meaning that every injury crisis, every training-ground soap opera that leads to a striker being dropped, affects your daily fantasy team for the next slate of matches. You might even find yourself nervously flipping through the sports-pages on your iPad trying to find out if Sergio Aguero is actually fit for the weekend’s fixture or not.

Whatever happens will be reflected in the information offered online by DraftKings, which changes player salaries and availability based on the very latest information. Equally, you won’t need to download a new software update to get new signings on your squad list; DraftKings will automatically add any club purchases to your list of possible players.

4. DraftKings is Just as Involving as Football Manager

If you’re a Football Manager fan, you probably love getting immersed in the exhaustive levels of data available to be searched by each player. Whether in single-player or networked mode, you’ll want to scout prospective signings, watch other teams’ matches, and interact with characters within the game to try and boost your team’s prospects of success.

DraftKings has always taken a statistical approach to daily fantasy football, and you will find just as many numbers and figures to keep your brain ticking over. Picking a winning team of footballers takes the guts to make the big decisions, a stomach for calculated risks, and the ability to see great value where others cannot; as a Football Manager player, you’ll have an edge on the less-initiated.

5. You Can Play in As Many Leagues as You Want

DraftKings gives you the choice of playing daily fantasy football in a variety of different sizes of leagues, and we recommend you try each of the contests in turn, getting used to the intensity and ease or difficulty of winning each one.

Whereas Football Manager demands you commit to a team and a league in order to get really good at managing and understanding it, DraftKings, thanks to the daily fantasy football format, gives you the opportunity to switch your players after a bad weekend, or to take your game up to the next level, competing for bigger prizes.