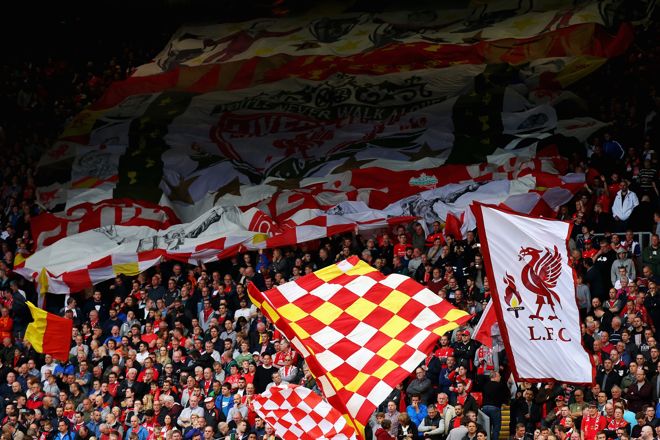 Daily fantasy sports leader DraftKings officially launched its product in the United Kingdom on Friday, Feb. 5. Football fans across the UK will now be able to play 1-day fantasy sports on the site that took America by storm in 2015.

There are many questions still surrounding the daily fantasy sports industry, so read on to find out what exactly DraftKings is, how to play, and why football fans in the UK should get started.

DraftKings is a site that offers daily fantasy sports contests for real money. In the United States, the site runs games with big prizes in a multitude of sports, including NFL (American football), baseball, basketball, and, yes, soccer. Due to its popularity in North America, DraftKings is now hitting the UK, giving British players the chance to enter teams based around Premier League football and all of the other sports the site offers overseas.

Playing DraftKings Premier League contests is simple: you pick eleven players from any of the Premier League teams playing on a certain day, for your fantasy team. You then get points based on how those players perform on the pitch, using in-game statistics. This sounds familiar to anyone who has entered a Fantasy Premier League team in one of the UK leagues. However, as we explain below, there are key differences.

What’s the Difference Between Season-Long and Daily Fantasy Sports?

In season-long fantasy soccer, you pick a team of players at the start of a season, and that team then stays the same for the whole campaign. You are permitted changes in some versions of the competition, but it’s pretty inflexible. With daily fantasy soccer, you’re picking from the same database of Premier League or European footballers, but you have a chance to pick a new team for each matchday, in tournaments between small or large numbers of players, some of whom enter more than one team to maximise their chances of victory.

This means there is no season-long commitment to a player who is failing you on the pitch, or to a striker who is missing the target. On the other hand, it means that bargain signings who perform surprisingly well, such as Leicester City’s Jamie Vardy this season in the Premier League, will double or even treble in value. This means that DraftKings is much more of a game of strategy and of finding value, wherever it may be, seeking out undervalued footballers and giving them a chance in your team.

What Are the Rules?

At its most basic level, you get $50,000 budget to pick a squad of 11 players made up of 1 goalkeeper, 3 defenders, 3 midfielders, 2 forwards and 2 utility spots — these are the players who give flexibility to your formation.

Points are scored for goals, assists (the pass before a goal), clean sheets and a whole host of other events, as seen below:

Goalkeepers and defenders need to play at least 60 minutes to get clean sheet or one-goal-conceded win points.

How Do I Play?

Simply head to the DraftKings website, create an account, and then begin building your own team! If you want to get your feet wet in real-money contests, making a deposit is quick and painless. Visit our DraftKings review page to learn how to get a 100% matching deposit bonus on your first deposit!

Winning prizes is a major element of DraftKings and you only need look at the NFL contests run in the past to get an idea of just how lucrative they can be. DraftKings paid out more than $1 billion in prizes to customers in 2015 alone. The Millionaire Maker contests, which ran every weekend of the NFL season and playoffs, guarantees a $1 million prize to the winner for just a $20 buy-in. More than 20 players on DraftKings won seven-figure prizes last year.

The UK version of DraftKings will be pooling liquidity with US customers, giving British customers the chance to enter those same contests with huge prizes.

Learn How to Win

Every day, our team of fantasy sports experts at FantasyWired provides free content to help you win at daily fantasy sports. You’ll find a wide selection of strategy articles, podcasts, videos and much more to help you beat the competition on DraftKings. Be sure to visit our site daily for the latest tips and picks!