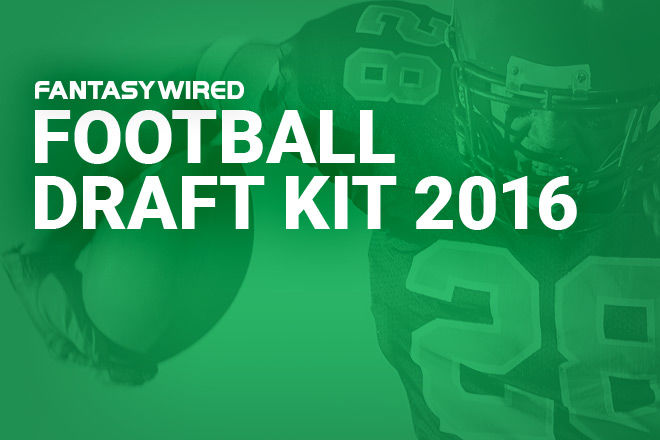 NFL training camp is finally here, which means it’s time to start gearing up for your 2016 fantasy football drafts. We’re just as excited as you are, especially now that our FREE Fantasy Football Draft Hub is officially live here at FantasyWired.com!

The draft hub is loaded with rankings, projections and draft strategy to help you dominate your leagues this season. Fantasy football experts Brett Collson, Nate Weitzer, Rich Ryan and Mo Nuwwarah will be providing a vast collection of articles and podcasts every day until Week 1 with everything you need to build a winning roster.

Some of the features include:

Meanwhile, the award-nominated FantasyWired Football Podcast will return on Thursday, August 4 and run every Thursday until the start of the season. Collson, Ryan and Nuwwarah will dedicate an episode to every position as well as a show focusing on draft strategy, sleepers and potential busts.

Then, once the 2016 season starts, numberFire’s Jim Sannes with re-join the cast every week to break down the top daily fantasy football picks on FanDuel.

Most draft kits around the Internet come at a cost, but ours is absolutely FREE. Spend the extra cash on some daily fantasy football contests in Week 1!