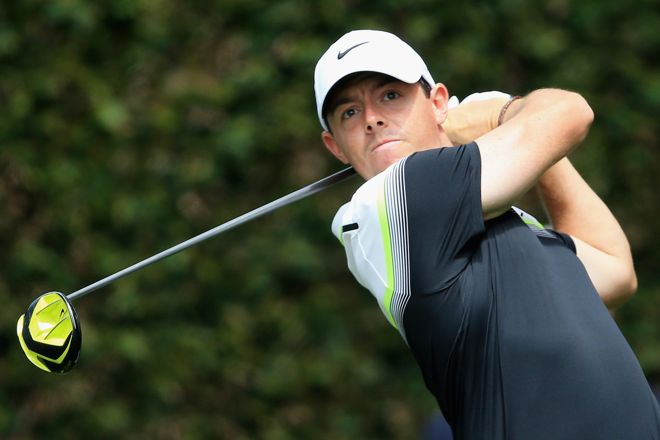 By now you’ve probably tried daily fantasy football, basketball or baseball, but there’s a new kind of fantasy sport that’s also getting big at DraftKings. That’s fantasy golf – and with the biggest tournaments now at your fingertips, it’s about time you got into this great game. Here is the rundown on how you can get involved in daily fantasy golf, and how to win.

DraftKings takes an approach to golf scoring that will appeal to people who like the statistical approach to daily fantasy football. Of course there are far more variables in golf than is the case in football – for one thing, the game is played over a much larger terrain, with players ranked as individuals, rather than working for a team as in football. That’s the simple part that you probably already know – but of course there are other differences too.

Most notable is the statistical approach golf takes. Put simply, it’s possible to quantify and classify virtually everything in the game of golf, and that makes it an excellent game for the daily fantasy way of thinking, as there are many areas on which a player can score. Here’s how DraftKings chooses to calculate scores:

Your budget is $50,000, as in daily fantasy football. How you spend that money is up to you, but you must do so on six golfers. You then score, and lose, points depending on what the golfers do out on the fairway, green and occasionally the rough. If your player does especially well, or especially badly, he’ll perhaps end up contributing to your score with some of the following:

Players will also score points depending on where they finish on the leaderboard. The tournament winner will receive 30 points, second place 20 points, third place 18 points, and so on, all the way down to the 50th place finisher who will receive one point.

There are special scores that can be gained for “streaks”, these are hard to predict and even harder to get. Here are the special streaks you should look for:

Ok, so those are the practicalities of daily fantasy golf, but what about the “how” of this game? Well, in terms of how to seek out and purchase the best players for any given weekend, it’s a bit like what you’re used to with daily fantasy football. However there are a small number of differences. The most obvious is that you’re picking players who, unlike in football, do not belong to a club and play individually.

The next thing you should look at is who the top players are, and who might be the surprise packages below them. As an example, everyone is going crazy in the media about Jordan Spieth, the 2015 Masters winner, and whether he is in a genuine dip in form, or can recapture the golden streak that saw the young player get right to the top of the PGA Tour rankings. Others are talking about Rory McIlroy, and asking if the Northern Irishman has it in him to take the spate of major titles that it seems his talent justifies.

There’s also the matter of whether another of the PGA Tour ranking-leaders, Jason Day, or a player from the European Tour, like Danny Willett, is a better pick for your team of six. At some tournaments, there might be a surprise challenge from an old favourite who has slipped down the pecking order more recently, like Sergio Garcia – the Spaniard has never won a major, but he is one of the best-loved European golfers on account of his attitude and approach.

Just like in daily fantasy football, if you pick a top-line player among your six, that leaves less salary to spread among the others. This means you have to be careful when picking the Spieths of this world. Not only are they the most expensive golfers, they also are likely to be picked by a lot of other people in daily fantasy, meaning you’re not likely to gain a lot by having them. Pick one, sure, but have other options too.

Building a DraftKings team can be a long, involved process that takes hours of poring over research and relevant articles, or it can be a 30-second process that’s done in a few short clicks. It’s all up to the user and what kind of experience he or she wants to get.

If you’re looking to do a bit of due diligence before you draft your first team, here are some things to keep in mind before you start spending that fake dough.

Public Perception – This isn’t as much of a concern in 50/50 contests on DraftKings where you only need to beat half of the field, but in a large-field contest with top-heavy payouts, you need beat almost everyone to hit it big, so you want a lineup that’s not easily copied. You might know ahead of time that Rory McIlroy is going to be widely owned, so if you’re dead set on playing him, you need to make sure you scour the margins for guys nobody else will be drafting. The same goes for a top player coming off of an impressive win or hot stretch. Plan your contrarian plays accordingly.

The odds – Perhaps the clearest indicator of how a golfer is likely to perform can be seen by scanning the odds for that player to win the tournament. These should theoretically be closer to accurate the nearer the event is to starting. Look over the odds for each golfer and compare them to their respective salaries, and a few plays should stand out right away. Be warned though, others will be doing the same, so this can also be a good way to figure out when others are zigging and you should zag. If a guy you like is paying 200-to-1 to win the tournament, you can be confident he’ll be underowned, so make him a crucial part of your game plan.

Course and Player History – Golf courses are like baseball stadiums – different venues play to the strengths of different types of players, in contrast to sports like basketball and football where the playing field is static. Look at past winners of courses to see what types of golfers excel there (or just grab the past winners since you know they’ve had success). If players who blast the ball off the tee have typically claimed wins at this week’s course, build around those guys. Likewise, before drafting a player, see how he has played at that course in the past and how sharp his game is. If he has missed some cuts recently, he may be out of form or nursing a minor injury, and a single missed cut could kill your lineup.