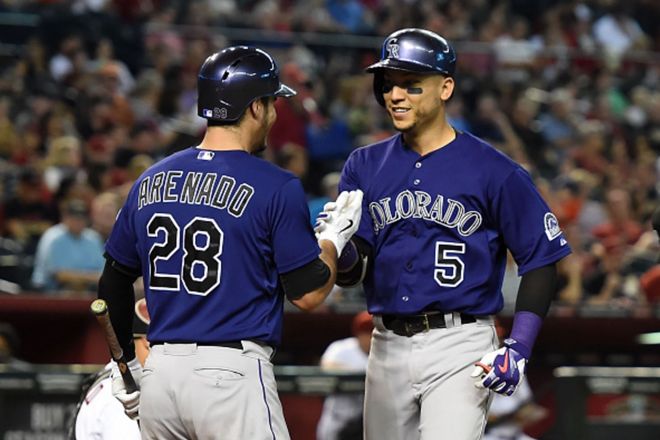 There are different strategies to employ in Daily Fantasy Baseball if you’re playing in “Cash Games” or in tournament formats. While the object of cash games is simply to double up by besting 50% of the field or a single opponent in H2H competition, tournaments or “Guaranteed Prize Pools” (GPPs) can pay out huge dividends if you stack your lineup just right. Here is an explanation on how to stack MLB DFS articles.

Winning in Cash Games vs. GPPs

Cash games refer to the 50/50 and head-to-head (H2H) contests you see on most DFS sites. It’s derived from poker terminology, where you employ different strategies if you’re in a large tournament pool versus a cash game that allows you to buy in more than once.

Most tournaments have Guaranteed Prize Pools, where the top 20% or so gets paid out in top-heavy fashion. In these contests, it’s not necessarily about grinding; it’s about swinging for the fences in the hopes of a big win.

So, when building a lineup in a GPP you often are willing to take more risks than you might in Cash Games.

In baseball, this might literally mean swinging for the fences by playing a few sluggers who don’t bat for average, but are always threats to hit home runs if they connect with the ball. The same thing goes with pitchers who can post lofty strikeout totals, but could also get shelled in a given matchup.

In a word, the difference between those two contests comes down to one thing: risk.

Taking risks often means that you decline to hedge your bets and go “all in” on a couple players or a team. By targeting several hitters on the same team, you are able to essentially double down on the production of that lineup, because every run, HR, or RBI will likely be accompanied by a run or RBI from the players that bat before or after each other.

You can select the “heart of the order” or the 2-5 hitters on a given team (sometimes skipping one player who might somehow fail to get involved in a rally), but that gets expensive quite quick. So there is another way to stack in MLB DFS by targeting cheaper bats at the bottom of the order and perhaps the leadoff man as well. By doing so, you are betting that the team will rally as they turn the lineup card over.

How do you know which lineup to stack?

That is the most important question on a given slate of MLB DFS and it often comes to a few key factors.

You want to begin by analyzing the career numbers of a given SP when they’re facing a capable offensive team. If the pitcher has poor splits against a number of batters on another team, or a history of struggles at a hitter-friendly stadium such as Fenway Park or Wrigley Field, than you might want to target them.

At the same time, the biggest implosions (which lead to the most productive stacks) often occur out of the blue. It might make sense to target rookie SPs when they make their Major League debut. You’ll have to analyze their Minor League careers and search the web for articles on their abilities. Check the scouting report, consider how they fare against the platoon (RHP v LHB or vice versa), and it might sound ridiculous, but take a good look at their demeanor and try to predict how they might hold up if things start going downhill in front of some fifty thousand people at an MLB stadium.

Venue is also a critical factor to consider when stacking lineups. The most popular stadium to stack is Colorado’s Coors Field, but players often see a huge price bump when they travel to that park and that makes it difficult to build a solid lineup. There are other stadiums with the parameters necessary to produce a slugfest, and you can determine which ones are most conducive towards offense by checking the “Park Factors” i.e. “Run Factor” and “Home Run Factor” for each stadium.

These numbers are sortable by handedness, so if you have a lineup such as the Cleveland Indians with a ton of LHB, and see that Wrigley Field has the 2nd highest HR Factor for LHB over the past 2 years, you might want to consider stacking that lineup if the Cubs are sending a vulnerable RHP to the mound.

The final thing to consider when building your stack is the individual skills of each player within a given lineup. Say you’ve already decided that you want to stack some Red Sox at Fenway Park against a rookie SP for the Indians.

When you read the scouting report on that unknown pitcher, you should get an indication of his strengths or weaknesses. If he throws a great curveball but has a mediocre fastball, then you probably want to stack sluggers such as David Ortiz, who might square up one of those 90 MPH offerings and absolutely crush it.

You can find out how an individual player fares against certain pitches by checking the advanced stats on their Fangraphs.com page.

By analyzing those numbers, considering the opponent, and all the factors related to the weather and venue, you can eventually find the right combination of batters who pile up hits, runs, RBI, and a hit a few homers to help you cash big in MLB DFS.

Note On Bankroll: If you’re just starting out in DFS, your goal should be to build up bankroll. You can’t play a $5 GPP every night and expect to make money without getting very lucky. The best approach is to create a few lineups that are in 5-10 different 50/50 or H2H contests, and perhaps one tournament. That way, when you finally hit big with a safe lineup, you’ll get a nice payout via the insurance policy of entering it into a large Guaranteed Prize Pool.