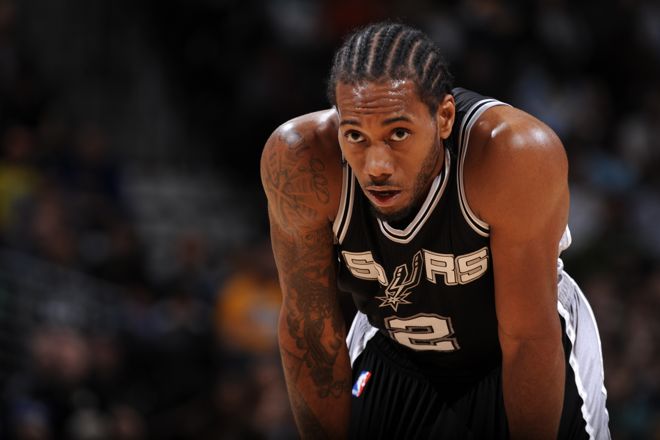 Who are the best players to target for your Daily Fantasy NBA lineups? Well, that depends on whether you’re trying to play it safe, or hit a big pay day by winning a large tournament on FanDuel.

In “Cash Games” on FanDuel, users compete against a pool of competitors to try and double their money in 50/50 formats, or face off against one specific competitor in a head-to-head bout. The strategy for building these lineups should be much different from your approach in large tournaments, so let’s dive into the differences when building a 50/50 lineup on FanDuel.

The number one rule when selecting players for a cash game lineup is to look for consistency. You don’t want players that can either boom or bust with 10 or 50 FD points on a given night.

In order to find that consistency, you should look for players that are getting plenty of run for their squad, and produce with “peripheral” stats across the board. This means that they don’t just score the ball without doing anything else. Peripheral stats refer to the rebounds, assists, blocks, and steals that will help a player meet the value of their price tag even if they have a rough night shooting the basketball.

Go through a players’ game log in order to see if they are producing at a consistent clip. If their production fluctuates greatly, limit your exposure to small 50/50s or tournament formats.

If you fill a FanDuel lineup with 4 value options that you expect to produce 20-25 FD points, 3 mid-tier options that will get you 30-35 FD points, and a couple of superstars that you hope to get 40-50 FD points from, then you have a good chance of hitting your target score of 280 total FD points.

Any total below 250 FD points could struggle to cash on a large slate, so it’s important that you consider what each player should produce on a given night.

Value plays usually refer to any player priced below $5,000 on FanDuel. You’re looking for 15-25 FD points from these picks, who will likely be under priced because they’re returning from injury, come off the bench, or have been struggling lately, but could trend upwards in a good matchup.

Mid-Tier options are usually priced between $5K and $7K. These players should be able to provided 30-40 FD points to keep your lineup on pace to cash. Simply look for consistent starters who are playing big minutes and are very unlikely to get benched by their coach.

Finally, you want the can’t-miss superstars to ensure that your lineup has some upside, but don’t just plug in LeBron James or Stephen Curry without considering the strength of their matchup.

When choosing stars in a given game, you’ll want to check the point spread according to Vegas and consider whether the game will turn into a blowout. One obvious example of a risky time to deploy a superstar would be when the Warriors host a team such as the Lakers at Oracle Arena. On those nights, Golden State is usually favored by as many as 20 points, which indicates that Curry and the rest of the starters will probably sit throughout the entire fourth quarter and could fail to meet value as a result.

You also have to consider what that superstar will be asked to do on a given night:

These different circumstances can factor into game flow and must be considered when paying up for big names.

Most of the safest players in DFS aren’t cheap, so in order to find a lineup that you’re very comfortable with, you’ll have to find some great value options. Players who will see a bump in minutes or production to injuries, or other extenuating circumstances are often described as “punt plays” because users simply punt that position and hope for any production whatsoever from that cheap option.

Perhaps a PG with a vey low usage rate will get a chance to start one night, but you cant expect much from them due to their style of play. So, you roll them out in a few lineups as your 2nd PG on FanDuel and hope for 15-20 FD points to keep the rest of your cash game lineups on pace for a solid total.

If you’re putting a lot of money on he line, it’s important to diversify your lineups by using different players in different contests. No matter how confident you are about a star player, they can always go down in the first quarter and destroy a lineup. By diversifying your lineups and planning for the unexpected, you give yourself a much better chance of building your bankroll in the long run and avoiding the dreaded $0 throughout the entire column entitled “Winning.”