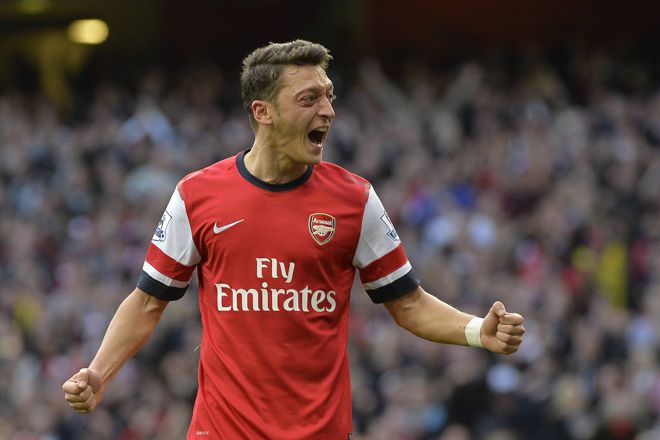 It might seem at the outset as if all daily fantasy football games are the same, however there are key differences between Mondogoal and DraftKings, and these differences begin with the scoring systems used for players. Let’s take a look at the factors to consider when picking your side, and why they matter.

On Mondogoal, you get 0.05 points every time a player completes a pass. This might not sound like much, but when you get to players like Barcelona’s Sergio Busquets and Andres Iniesta or Bayern Munich’s Thiago Alcantara, whose jobs are to recycle the play and keep the ball moving, the totals add up. In practice, this means that Mondogoal prioritises teams who don’t give the ball away, so tiki-taka wins over counter-attacking.

If you pick players from teams such as Swansea City or Manchester United, who have been criticised by some observers for being obsessed with possession stats at the expense of penetration, in they’re going to be more effective for you than in DraftKings.

I often use the term “interception” as shorthand for this – it’s when a defensive player takes over possession from the attacking team, usually through a block, or prevents a shot from going to the goalkeeper. This is a nice addition to the game, as it makes defenders from inferior teams, who concede more goals than is ideal and are involved in the game in a reactive capacity, more valuable in Mondogoal than in DraftKings.

If you’ve been playing Sunderland or Norwich defenders this season in Mondogoal, you might have been surprised by their frequent positive scores. However, players like the Black Cats’ Patrick van Aanholt (who is also a contributor of regular goals and assists for Sunderland) and Russell Martin for Norwich, regularly get behind attacks and prevent the damage getting worse, and this it’s this contribution that can beef up your Mondogoal scores for not much salary outlay.

Crosses Have to Reach Intended Recipient

Mondogoal does make the game harder than DraftKings in one respect: DraftKings awards one point each time any player in the team crosses the ball into the opposition penalty area. As was explored on DraftKings UK’s “Beat the Bulldog” YouTube show recently, this means the delivery is more important than the accuracy. It’s an idiosyncracy that seems a little unfair.

Mondogoal does away with this, only giving points for completed passes and assists – that is, if a player hits a cross, unless it results in a goal, or is at least counted by the Opta stats assessors as having reached a player, you won’t get any fantasy points for it. This means you can’t just pick a player who is quick without accuracy – Mesut Özil of Arsenal is far more valuable to your team than his team-mates Theo Walcott or Danny Welbeck when it comes to getting the ball to teammates.