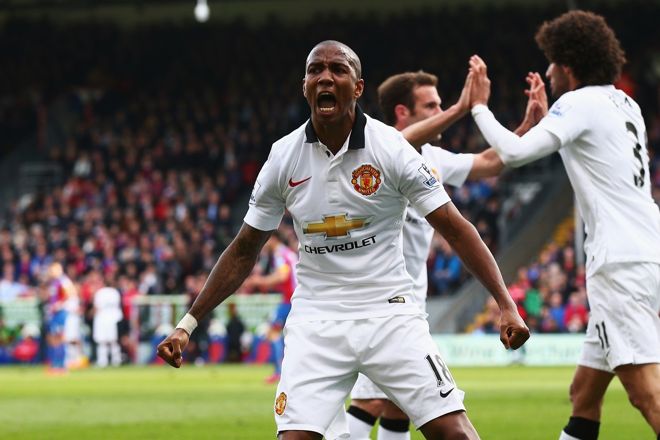 1. Take a Look at the Stats

Soccer, these days, is flooded with statistics. Perhaps not to the extent of the NFL or baseball – but thanks to sites like WhoScored.com, we can find out anything we want, within reason, on any player we want. The downside of this is it’s turned us into a bunch of nerds who become obsessed with Bastian Schweinsteiger’s second-half average pass-completion percentage (as an example).

The upside is, it has brought fantasy managers so much more on which they can pick their daily fantasy team. There’s no need for choosing players on a hunch that they’ll do well, because you like a player or remember him scoring against a certain team when you saw him on television. Now you can find statistical evidence that will either confirm or debunk your theories. Daily fantasy soccer is a numbers game.

2. Establish Must-Plays for Each Position

You probably have a core of four or five players who you want more than any other for your daily fantasy team. Pick those players first. Top-priced players, usually, are the most popular ones, because they’re high points-scorers. That isn’t a guarantee of them delivering for you, but as a general principle, pick one player for each position (goal, defence, midfield and forward) who would be among the first names on your teamsheet.

Build your team around these players; you can’t fill your side with the highest-priced highest-scorers, but the DraftKings salary cap permits you to purchase perhaps three to four of them. Someone like Mesut Özil of Arsenal will score major points on most matchdays, but to have him in the team, you need to be prepared to make sacrifices elsewhere.

Picked your top-line players (or as Jamie Redknapp calls them, “top top players”)? Good, because now you’re going to need to combine your knowledge of the Premier League’s less-lauded performers with serious number-crunching skills. Look at which midfielder is getting the assists in matches – look at the players who may concede goals in defence, but who also have a high interception rate. In daily fantasy soccer, blocks and tackles are almost as important as clean sheets for defenders.

Similarly, players who are not foreign and exotic often escape the attention of the UK media. The pundits who wax lyrical about David Silva and Sergio Aguero when Manchester City look like a machine are less likely to go on about the likes of Jonjo Shelvey, who is a great passer and assist-maker. Someone like Wes Hoolahan, at a relatively unfashionable club like Norwich City, does things that often get ignored. He’s a perfect example of an undervalued daily fantasy player.

4. Keep an Eye on Finances

All the time you’re doing this, keep a close eye on how much money you’re spending. Unfortunately there’s no cheat-code for DraftKings, so you can’t summon up billions of pounds, unlike Chelsea. You’ve got to rely on your ingenuity, and your financial skills, making sure that you stick below the salary cap.

It’s harder than it looks; as I’ve mentioned, you can permit yourself an indulgence or three on the absolute cream of Premier League talent, but you need to balance that out with riskier, but cheaper, propositions. If you think a cheap player is not valued highly enough by the numbers gurus at DraftKings, and you’ve got stats to back up your opinion (not forgetting that in daily fantasy, head-to-head performance against opponents is also crucial), back yourself.

Daily fantasy soccer is not about sure-things. No-one claims to know exactly what will win a league – otherwise we at FantasyWired would win every week with our own teams. There is a necessary degree of experimentation, and you shouldn’t be afraid to enter more than one team, spreading your picks across the teams, so as to ensure that, if one team performs poorly, the other might perform better. Remember: 22 heads are better than 11.