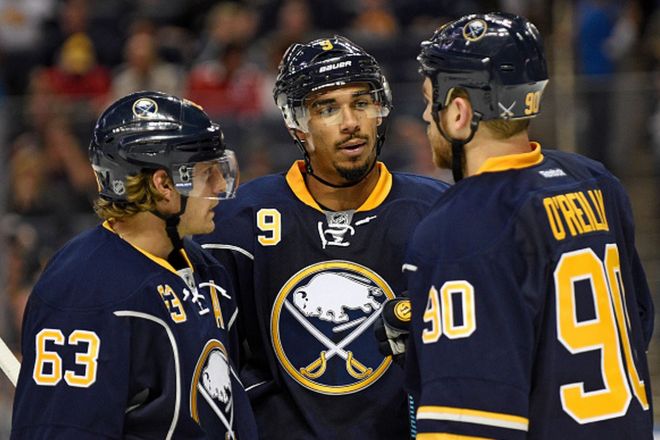 Contrarian is a buzz word that is thrown around a lot in the daily fantasy sports (DFS) community. Many people believe that you need to have low-owned players to win a big DFS tournament. You don’t, but there is some merit to going against the grain in the right situations.

A contrarian lineup is generally one that rejects mainstream plays/ideas. For daily fantasy hockey, this can refer to stacking a team that isn’t popular, using a popular team’s third line and/or taking a goalie that is a big underdog.

The Math Behind Going Contrarian

The theory behind contrarian lineups is simply conditional probability.

Consider this scenario. There is a bag with 10 balls. 9 of the balls are red, 1 of the balls is black. One ball is going to be pulled out. If you correctly guess the color, you win $100.

Obviously you are going to guess red (as you should). You have a 90% chance of winning.

Now let’s consider that same scenario, but with an added twist. There are now 10 people guessing (including you) and the $100 prize will be split between everyone who guess the correct color. Do you still want to guess red?

Maybe. It depends on what other people are doing. If you know every single person is guessing red, you are actually better off guessing black.

On the other hand, if you guess red (and everyone else does too), the best case scenario is you splitting that $100 with 9 other people. So if red wins, you only win $10. And red only wins 90% of the time, giving you an expected value of $9, which is $1 less than the expected value of betting black.

So to let’s bring this back to daily fantasy hockey. Betting red is like stacking the most popular team of the night. It is more likely to come through, but you are fighting for position with a bunch of other people that did the same thing. So even if you pick a stack that outscores every other stack by a wide margin, you still need the rest of your roster to really come through and separate you from the hundreds of people that also stacked that team. That isn’t easy.

On the other hand, if you choose a contrarian stack (betting on black in the above example) and that stack is the highest scoring one of the night, you will likely be way ahead of almost everyone else. But there is a reason that stack is contrarian: it is probably much less likely to come through.

So you are taking the option that is less likely to occur in exchange for a bigger return if it does occur.

How to Be Contrarian in NHL DFS

The first step in being contrarian is figuring out who the highly owned teams/lines will be. This is actually pretty easy, since the general public does not go very in-depth for NHL research.

Highly owned stacks usually have all or most of the following characteristics: big favorite according to Vegas lines, at home, great recent results, big name players, playing Buffalo.

The other thing you can do is to look around the internet at various DFS articles and discussions for that day. You will generally see the same names popping up. Those guys will usually be higher owned. The bigger the site the recommending them, the bigger the boost in ownership generally.

So now you know who not to play. As I mentioned in the opening, there are a few ways to go about picking who to play. Here are the three ways I generally approach it.

Tips for Being Contrarian